Winter of our Discontent

I’m sitting in a lovely hotel room in the Ottoman town of Eskisehir in central (sort of) Turkey. As I write I’m watching snow falling and the outside temperature is about 1 degree!! So yes, we are discontent. I know, I know, we lead the life of Riley but the weather is really getting us down.

Anyhoo, we decided to splash out of this lovely hotel built from a collection of beautifully renovated Ottoman houses with original wooden floors and ceilings and HOT SHOWERS. Didn’t fancy camping in carpark in Ankara in the snow. 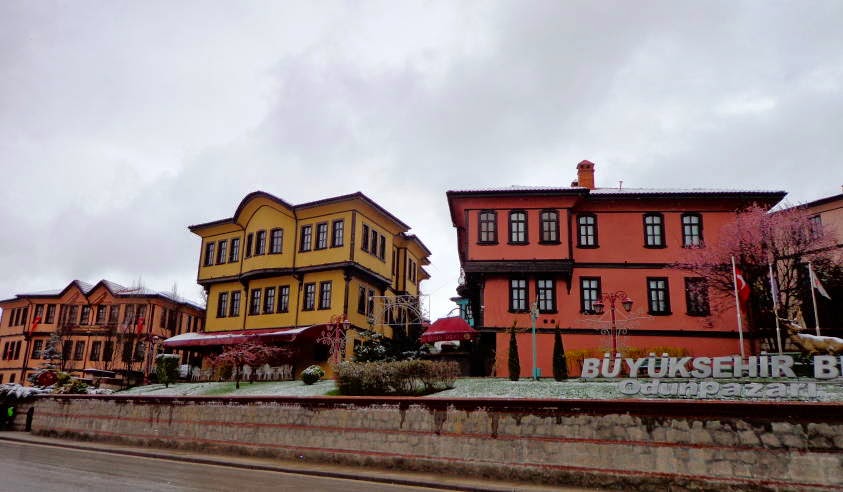 Since Dubrovnik we’ve been plagued with poor karma for hot showers. Reasons include; burst pipes (Dubrovnik), death in the family so not open (Albania), campsite closed (Macedonia), no hot water for no good reason (Kavala) frozen pipes (Edirne). So that, combined with lots of ‘wild camping’ and bad weather led us to some luxury in Eskisehir.

Our last points of call in Greece saw us in the Evros Delta where we saw some interesting raptors, but not much in the way of water birds. They seemed to be over near the Turkish border where you need a guide, a permit, and 2 weeks notice (us, not the birds).

Next stop was the Dadia forest where the Visitor’s Centre kindly let us camp in their carpark. Next morning they took us up to the bird hide and we saw lots of vultures and other interesting birds*. It was really worth while. The vultures get fed once a week, so hang around sometimes in hope of a feed. I love vultures, so graceful in the air and so ungainly on the ground, preying on the sick and the lame.

We then crossed the border into Turkey and camped near Edirne. We didn’t know much about this town but it sounded interesting and we were not disappointed. Once an Ottoman capital, it was heaving with beautiful 15th century mosques, covered markets, caravansaries and loads of character. Plus we had a sunny day! Day one was so cold we gave up about 3pm but the next day was lovely and we made the most of it.

One of the mosques still had the entire complex intact, consisting of hospital, medical school, insane asylum and so on. They treated the insane with water therapy, music and aromatherapy – wonderful. The Medical school had brilliant, if rather amusing, displays.


Next stop Istanbul and all the major tourist sites, we did most of them but it was so cold that we really didn’t do Istanbul justice. It was heaving with tourists and queues were ludicrous. We paid a guide 40 lira to just get us in the door at Aya Sofia to avoid an hour long queue (at 9am). This is a real show-stopper, built in the 6th century. It has ongoing renovations, as you can imagine, so scaffolding man was there, but we could still how amazing it is.


The Blue Mosque was also fabulous but full of tourists, so it really loses something. We were spoilt in Edirne with stunning mosques and no crowds, allowing us to absorb the peaceful and serene atmosphere these building exude. The Muezzin at the Blue Mosque must have had a REALLY big loud speaker as he outdid them all, and woke us up each morning at 5.30am.

So that leads us to Eskisehir, town we hadn’t heard of until 3 days ago. The charming old Ottoman quarter has been renovated and a joy to wander around, even in the snow.

Next stop Ankara and the getting of Uzbek and Kazakh visas.

Update: We are now just outside Ankara, it’s so cold my nose almost fell off and it’s going to be MINUS 7 tonight!